Celebrating two years of (even more) giving back

Free apps! Half off on all prints! This weekend only!

Why? Here at Art Authority we’re proud of how we’ve been giving back to the art community. Starting with an app in the App Store the day that store opened ten years ago, we’ve provided art lovers worldwide with access to over 100,000 classic works of art, university art history classes with (literally) a new way of looking at art, and K-12 teachers with the ability to involve their students with art in age-appropriate ways, including through free lesson plans. We authored a paper on evaluating the importance of art in the Internet era, and are in the eighth year of our summer-intern program for art majors.

And now we have something else to really celebrate:

As of July 22, we’re celebrating two years since we acquired 1000Museums.com and the associated relationships with the artists and institutions that create and care for the art we all love so much. In those two years we have now given back, mainly in the form of royalties on prints we’ve sold, over $250,000. One-quarter of a million dollars has gone to helping current-day artists, artists estates and art museums big and small further their important missions of community, education, preservation and beauty. Some of the relationships we’re most proud of include:

You may be skeptical, but we love paying royalties. We get so much in return, starting with the ability to offer the highest quality curator-approved prints. The more royalties we pay, not only do artists and museums keep doing great things, but the more product that means we’ve sold. And the more product we’ve sold, the more great art is in the hands of our customers, and the more money we have to work with additional museums and pay still more royalties.

We hope to keep this impressive virtuous circle going indefinitely, paying more and more royalties to more and more institutions. As part of that plan, and to celebrate our two-year successes, through July 22 only, we’re putting all prints on 1000Museums.com on sale for an unheard of 50% off.* Please help us give back the next $250,000 and help yourself to some of the best in fine-art reproductions in the process. 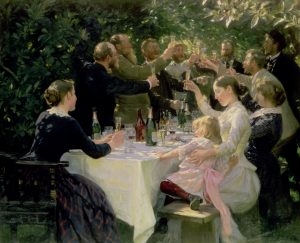 Oh, and the Art Authority apps are free this weekend too 🙂

As part of our ongoing 2-year anniversary celebration, the award-winning Art Authority for iPad and iPhone apps are now completely free through this weekend. Just another way we’re giving back to the art community. But free apps are just a very small part of on our giving back, so keep watching this space. Here’s a big hint for you:

Having just celebrated the 10-year anniversary of the App Store and the long, strange trip it started us on, we’re about to celebrate the 2-year anniversary of one of the biggest parts of that trip: our major acquisition of 1000 museums worth of art through 1000Museums.com.

So be sure to watch this space as that date, Sunday July 22, gets closer. You’ll be glad you did 🙂 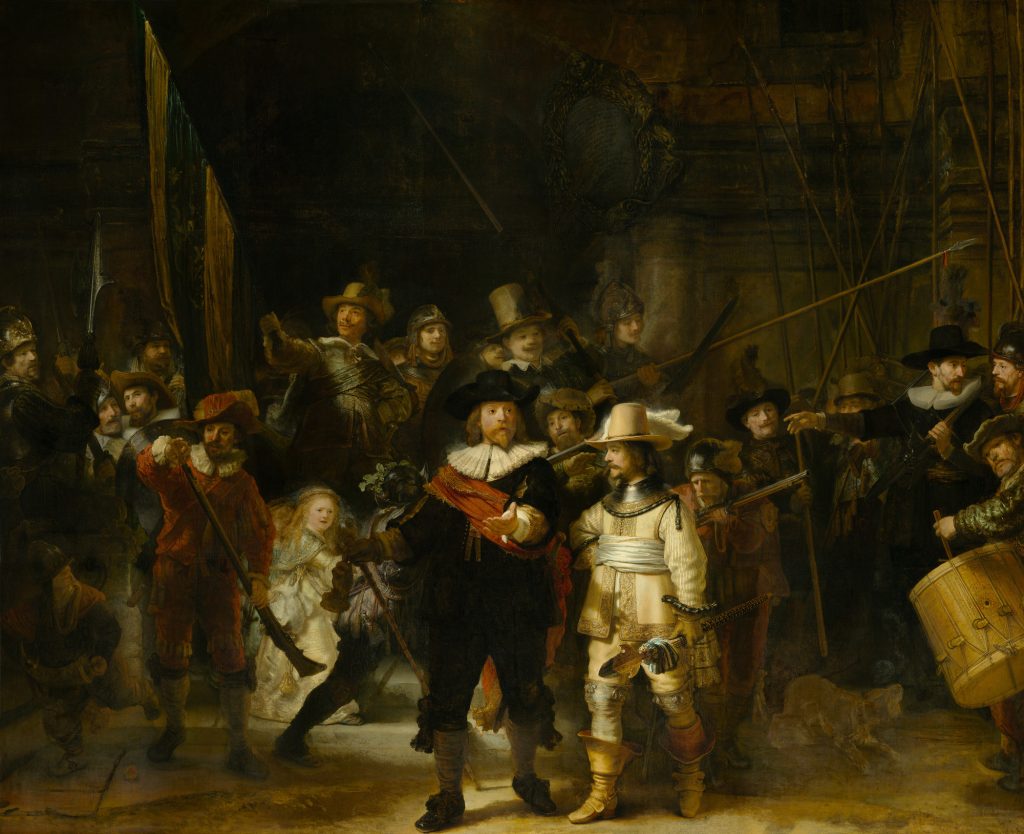 Ten years ago, on July 10 2008, Apple rolled out the App Store. It sure has been a long, strange trip for us here at Art Authority LLC since then.

In 2008 we were Open Door Networks, founded in 1995 as a dial-up internet provider, and known mainly for developing Macintosh network utilities like the DoorStop Personal Firewall.

The iPhone of course changed everything. When introduced the year before, Apple didn’t allow developers to provide software for it, but they quickly saw the error of their ways and the rest is most certainly history. We couldn’t resist the opportunity to develop iPhone apps, and our iEnvision Web-image browser app was available on day one in the “iTunes App Store” ten years ago.

iEnvision included “bookmarks” to five categories of image sites that we thought displayed particularly well on the iPhone: comics, space photos, newspaper front pages, children’s books and… art! It was a great start for us, and within a month, we broke out the individual built-in categories from iEnvision into individual apps, which we called “Envi apps.” There was “Comic Envi,” “Space Envi”, “News Envi”, “Kid Book Envi” and… “Art Envi.” Many other Envi’s soon followed.

The App Store was a huge success, as was Art Envi in particular. When Apple announced the iPad in early 2010, it was a no-brainer what we were going to implement on Apple’s next groundbreaking device: art, art, art. Art Authority in particular. Art Authority for iPad took Art Envi to the next level, with dozens of times the number of artists and the amount of art, many more ways to search and access the art, and a professionally-designed virtual museum interface. The result: “an experience unlike any other” (the NY Times), which has often sold as the #1 reference app in the App Store. We are proud to have, literally and figuratively, changed art history with our art apps.

Our transition from Macintosh network experts to Art Authority was just getting started. The Art Authority app’s widespread acclaim was noticed by a number of real art authorities, including the Getty Museum’s Stanley Smith and digital printing guru R. Mac Holbert. In early 2016 we got together with Stanley, Mac and other art authorities to form Art Authority LLC. The company had become the app.

Our trip didn’t stop there. E-commerce company Project A had long been associated with Open Door’s efforts, and with their e-commerce know-how, Stanley and Mac’s printing expertise and the app’s access to 100,000+ works of art, we had everything we needed to move Art Authority beyond the app world into selling museum-quality reproductions. Many companies had gone from physical goods to electronic; we went from electronic to physical goods.

The final piece of the puzzle (so far) fell into place when we acquired the assets of art e-commerce pioneer 1000Museums. 1000Museums.com remains the principal site for selling our (physical) wares, and the museum relationships that the site has helped nurture look to be the next big step in what has certainly been a very long, strange 10-year trip. All started by Steve Jobs, the iPhone, and the App Store.

Art Authority, through our 1000Museums brand, has been helping museums expand the reach of their collections by providing curator-approved archival reproductions from those collections for a decade now. The museums receive increased exposure along with much-needed revenue through royalties on sales, and art lovers get increased access to the art they love. Many others have been helping the art world in similar ways. Today we’re proud to announce that we’re going to be helping one of those helpers.

I Require Art is a “Digital Arts Platform” consisting of a long-established FaceBook page, blog and set of online galleries. Plus as of today, an online store. That’s where we come in. We have been selected by I Require Art to provide archival reproductions for that store. As you’ll see, I Require Art chooses only a few works for which to offer prints, and makes available only the highest quality reproductions of those works. So it was natural that they would look toward 1000Museums’ proven quality record and set of museum relationships. 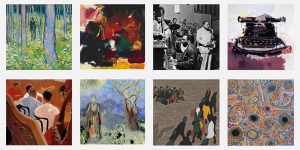 We are honored that I Require Art chose us to help them help the art world, and we look forward to a long and expanding relationship.

Through our 1000Museums brand, Art Authority is proud to be a Charter Sponsor of Museum Store Sunday, which is tomorrow! MSS is the museum equivalent of Black Friday, and we’re kicking off our holiday campaign with some serious specials to highlight the day:

So please go visit your local museum(s) and then please come back and visit a thousand more through our apps and the 1000Museums.com web sites. 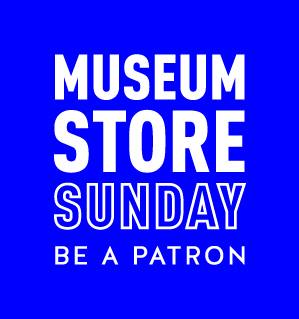 As mentioned previously, we recently acquired 1000 museums worth of art through our purchase of 1000Museums.com, the go-to site for top-quality fine art reproductions. We’re pleased to announce that we’ve now begun the integration of that site with our flagship Art Authority for iPad app. Art Authority for iPad 4.10.3 is now available through the App Store, and it includes the ability to purchase prints of a number of major works of art directly from 1000Museums.

When browsing through art in the app, simply look for the “Available at 1000Museums” button to access the purchase page for that work directly from the app. You can choose five sizes (up to 32″ x 40″) and four high-end framing options. You can also select additional works from the site at the same time. One of the many great aspects of 1000Museums is that portions of your purchase price go back to the artist and museum involved with the work itself, so you’re getting a great piece of art for your wall and giving back to the art community at the same time. 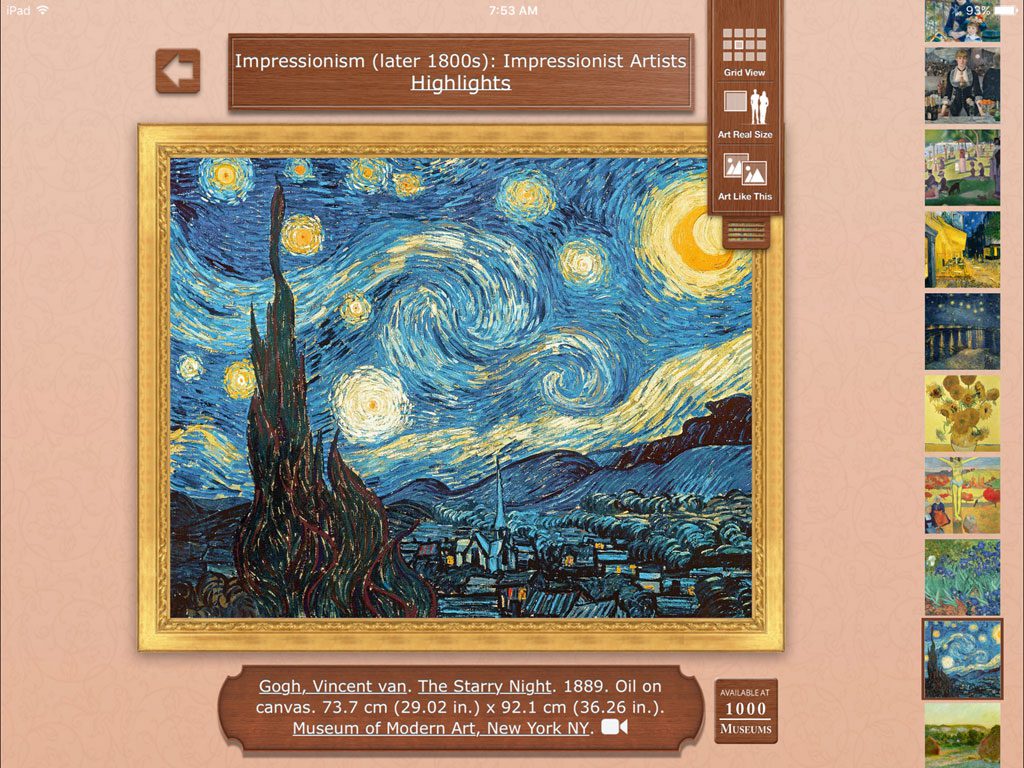 With over 100,000 works of art in Art Authority for iPad, as you can imagine only a small percentage can currently be purchased directly from the app. But 1000Museums has tens of thousand of works available too, so expect a whole lot more to be added to the app in the months ahead. And of course that’s only the beginning. As we say in the app, we have big plans for Art Authority + 1000Museums! 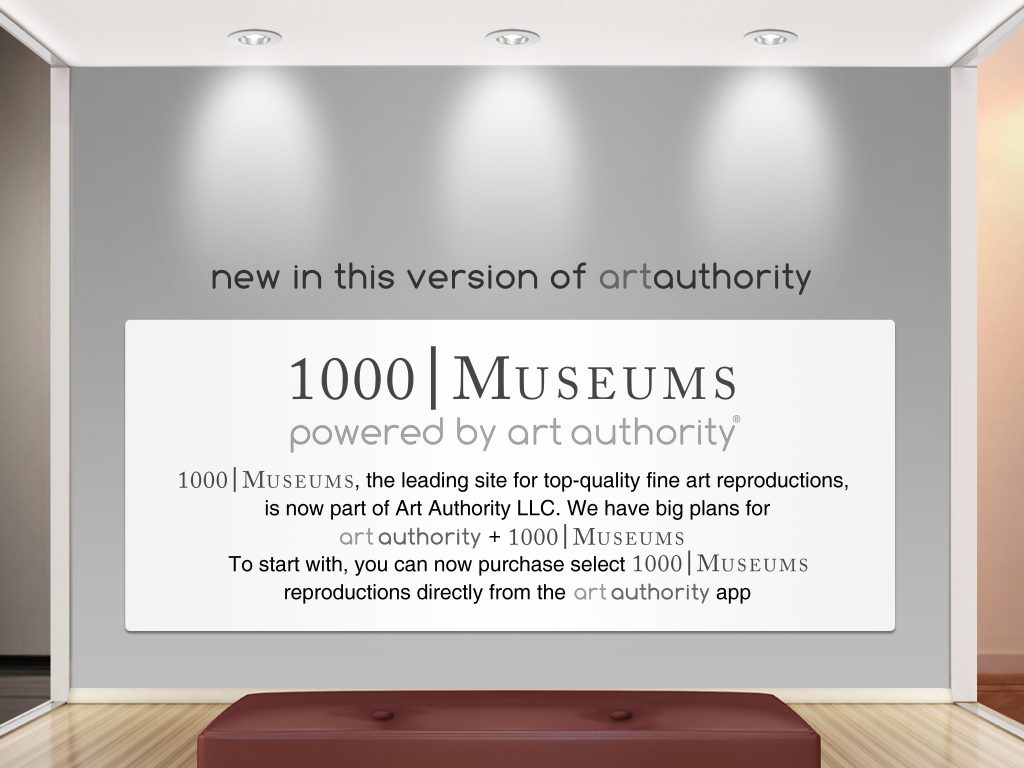 We are pleased and honored that the MIT Press journal Leonardo has chosen to publish a research paper which we here at Art Authority have been working on for nearly two years: “Ranking Artists: An Internet-era Analysis.” We are equally pleased that we are able to continue to give back to the art history community from which we (and our app users) have also benefited.

Quoting from the paper’s abstract, “To provide guidance to the vastly expanded, un-curated art world made available through the Internet, [we] developed a methodology for objectively and repeatably rating artists, … [and] applied that methodology to Western painters in particular, creating a ranked list of the significance of nearly 10,000 of those painters… [we] observed that the Internet not only greatly broadens access to art, but also provides the tools needed to curate that access in a meaningful scientific manner.”

We learned quite a lot in the process, and are happy to be making the major result of the study freely available online. So, without further ado, we are proud to unveil our ranked list of:

The Most Significant Western Painters

With close to 10,000 annotated entries, we feel that this scientifically-developed list provides a major resource for art historians, educators, students and just plain art lovers. And of course app developers 🙂 Essentially for the art community as a whole. As we indicate in the paper, although one of the main goals of the study is to be as objective as possible, we realize that many of the specific decisions we made in the specific method we used are themselves subjective, and thus this ranking is simply one of many possibilities.

We also hope and believe that our research provides more than just this important list. As the paper concludes, “We hope that our work serves not just as a useful source of exploration, but as a template for other similar guides, and as a starting point for questions about how we all value artistic contribution in this massively connected and information-intense era.” We look forward to those questions.