Here’s the new main room, where we replaced Botticelli’s “Birth of Venus” with Leonardo da Vinci’s “Last Supper” as the work representing the Renaissance. 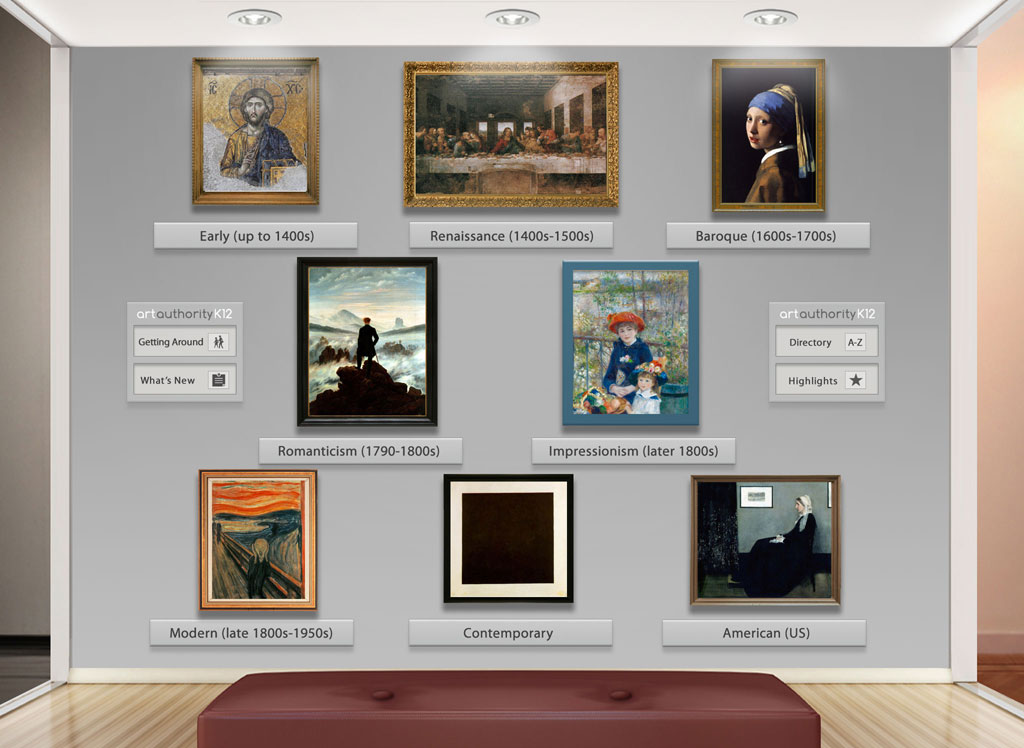 In the Renaissance room itself, we also replaced Michelangelo’s “Creation of Adam” with Botticelli’s “Primavera,” which we use to represent the Early Renaissance period. 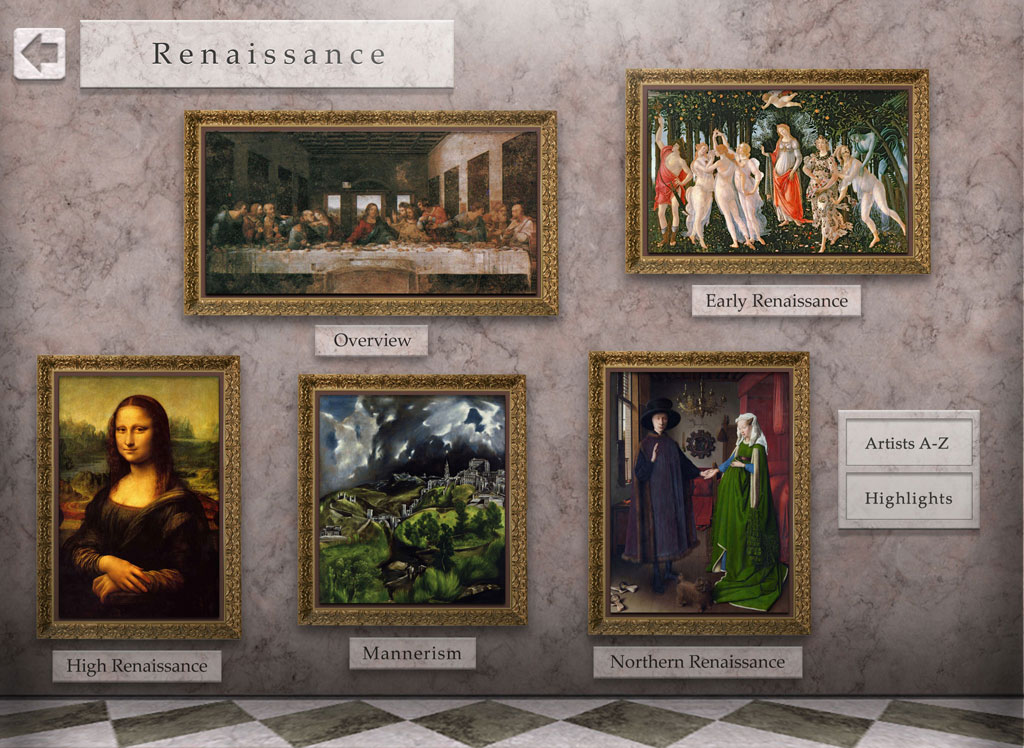 The Venus de Milo alas had to be removed as the representative “Ancient Art” work in the Early room, replaced with the equally interesting “Winged Victory.” 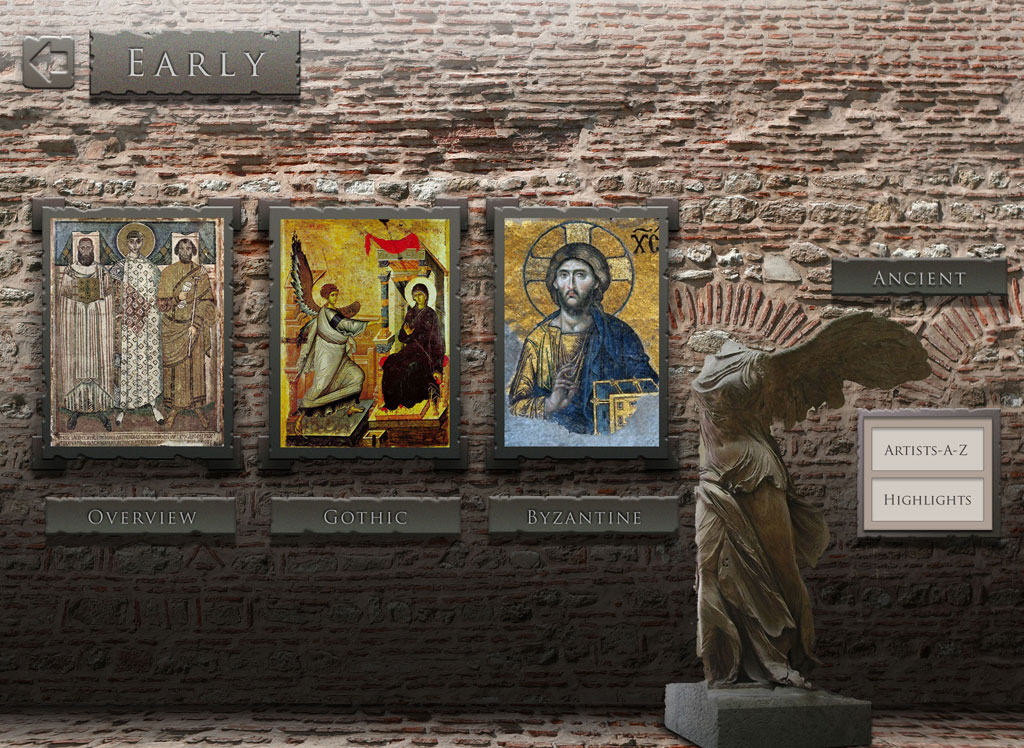 Finally, in the Romanticism room, “Liberty Leading the People” was replaced with “The Gleaners” as representing French Romanticism.

Even though these key works were taken off the walls of their respective Art Authority K12 rooms, they have not been removed from the museum entirely; they’re too important to the overall study of western art. As we talked about earlier, they still appear in related shows, including their rooms’ Highlights shows. Art Authority K12 just displays age-appropriate detail views, instead of the full views that K-12 teachers have told us just aren’t right for some of their students.