Five years of the iPad, and Art Authority

Five years ago today Apple shipped the iPad, and Open Door Networks shipped Art Authority for iPad. And the rest is history. And art.

The New York Times called the iPad “a completely new experience — and a deeply satisfying one.” And it called Art Authority “an experience unlike any other.” In our day-one announcement we said the two were clearly made for each other, and we were right. Within the first few days, the app was in the top 100 grossing app list, just below Angry Birds! 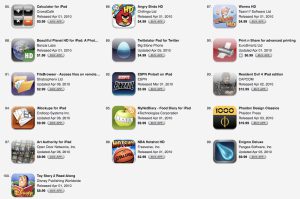 Over the past five years, Apple has made numerous enhancements to the iPad, and created a family of devices. Likewise we have evolved Art Authority, and created a product line. Here’s some of what we’ve done:

Not bad. So what will the next five years bring? Well, to start with, how’s this: today only, Art Authority for iPad is FREE!