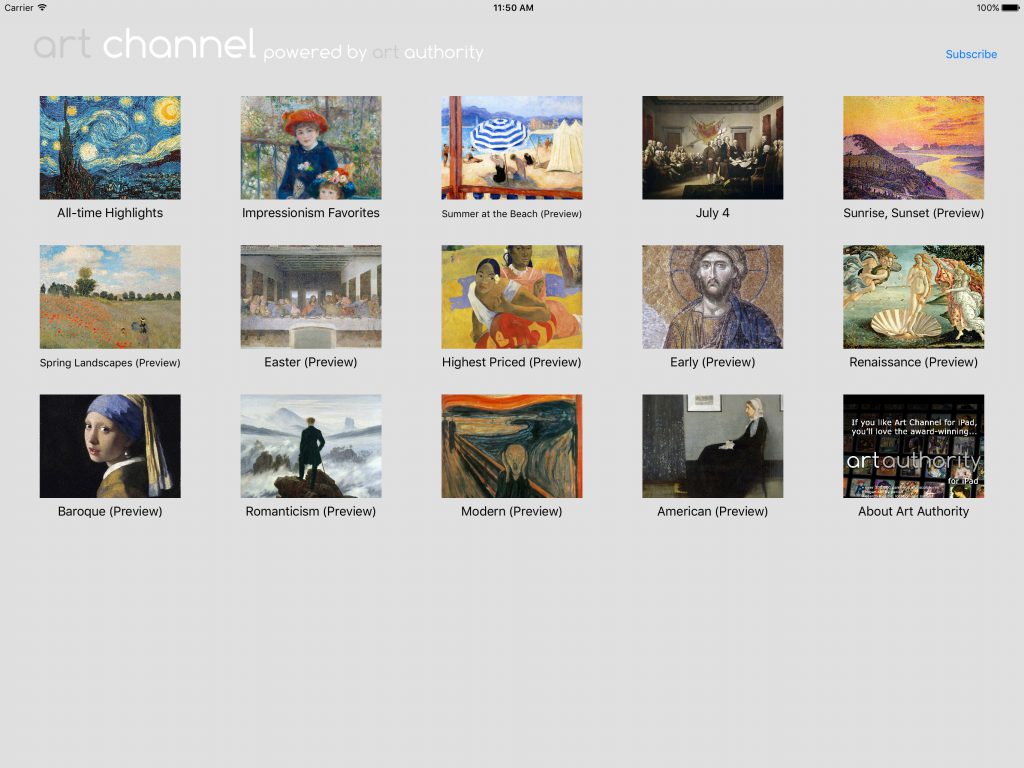 As you’re probably aware, Art Authority for iPad (and iPhone and Mac) lets you explore a database of over 100,000 works of art (from 1500 artists and 900 locations) in both structured and unstructured ways, through a virtual museum metaphor. When Apple opened up Apple TV to apps, we realized that that sort of access was not what most people would want on their TV. Hence Art Channel, with “shows” which highlight and curate key aspects of the Art Authority collection.

It turns out that some iPad users want this simplified approach on their iPad too, and some Apple TV users also want to be able to watch their Art Channel shows on the go. So Art Channel for iPad was pretty much a natural.