Art Authority has been very popular in the education world, from universities to high schools and even lower grades. The iPad version of the app was adopted over two years ago by Seton Hill University’s art department, mentioned by Phil Schiller in Apple’s big education event last January, and featured as part of Apple’s Back To School promotion last summer. We also just concluded a very successful summer internship program.

We have received tremendous feedback from professors and teachers, including our favorite quote that “Art Authority has really changed Art History.” We have also added a number of the features that these educators have asked for, such as simplified “Highlights” shows for each art period, and for the app overall.

We have, however, until now, struggled with the most requested feature from K-12 teachers: removing nudity from the product. These teachers know their students, and we have certainly believed them when they said that many of their students were too immature to not get distracted by the significant amount of nudity that permeates much of Western art.

We had two problems with meeting the teachers’ request however. First, Art Authority provides access to over 55,000 western painting and sculptures, so there are, quite literally, thousands of nudes. Not just classic nude portraits, but other major works like the Creation of Adam on the ceiling of the Sistine Chapel. Second, many of these works are so essential to the study of western art that we felt we just couldn’t leave them out of the product. Can you imagine Art Authority without the Venus de Milo? 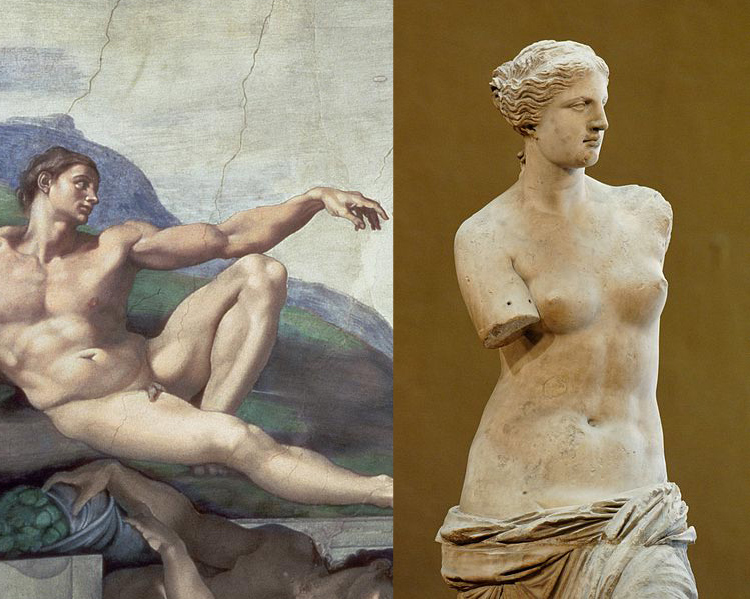 Art Authority K12 for iPad, a new app, solves both problems. Using automated, computer-aided and manual methods, we meticulously went through the whole Art Authority database and flagged every work that contained nudity (or other similar objectionable material, such as rape). These works are neither downloaded nor displayed by the new app.

For each major work we eliminated, we then added, where practical, a detail view of the work that we felt would be “age appropriate” for K-12 students. So, for instance, Venus’ head from Botticelli’s Birth of Venus, and the classic fingers from Michelangelo’s Creation of Adam.

Problems solved! No worries about nudity, no loss of the most important works of western art history. Art Authority K12 for iPad is 99.9% as complete a study of the western art world as the full version. All the same features, all the same artists, and nearly all the key works. And of course it’s a perfect fit for the new, education-focused iPad mini. It took us a while, but we really think it’s been worth the effort. We hope you, and your teachers, think so too!