Art Channel 2.0: even better art on your TV

We’re happy to announce that Art Channel 2.0 is now available for your Apple TV, just in time for the holidays. We could have called it Art Channel 4K, because its main new feature is even better, higher resolution art for your 4K television. 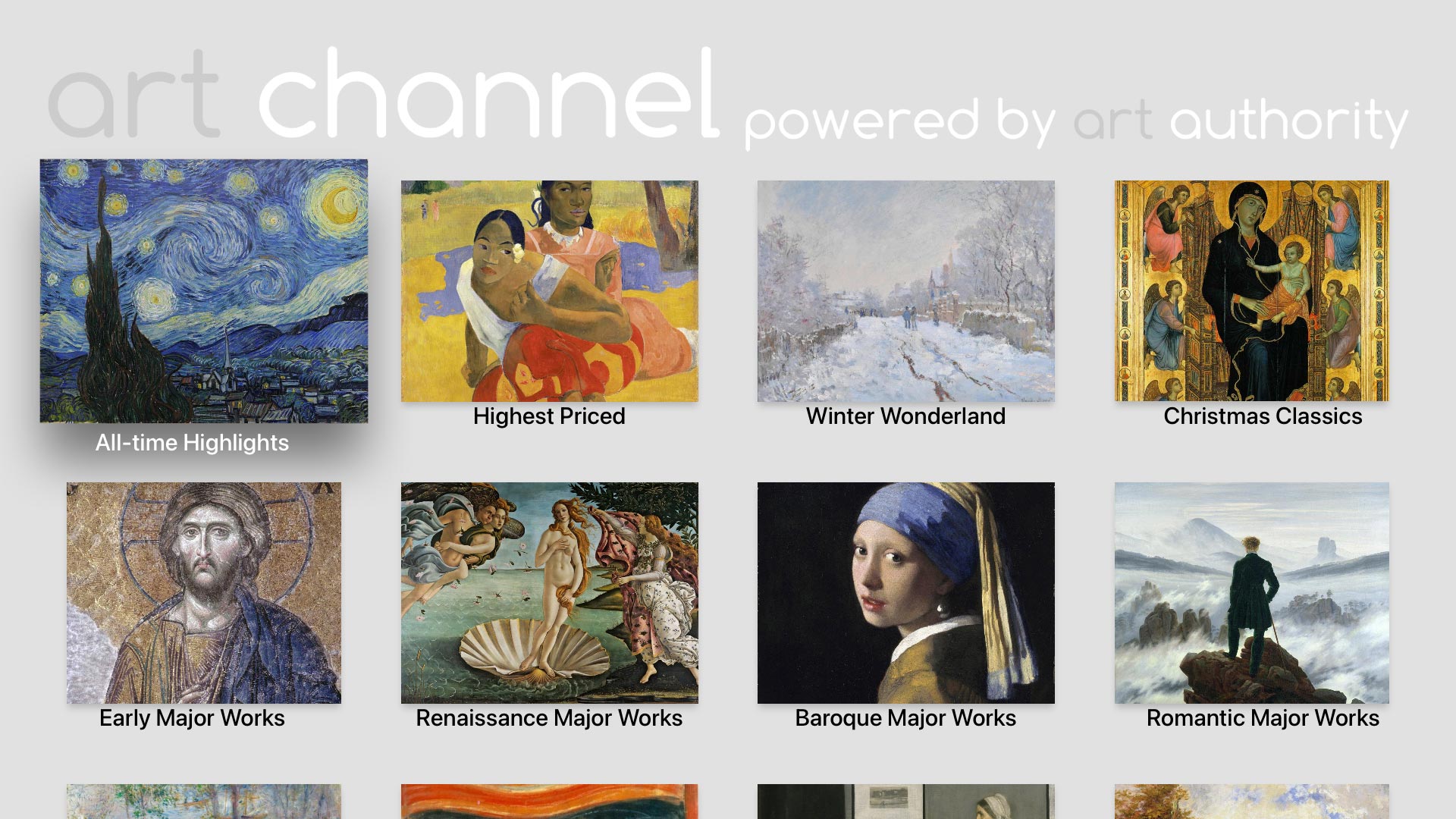 Over the past couple decades, TV has gone from SD (standard definition, around since the 1940s) to HD (turn of the 21st century) to 4K (mid last decade). Computers, iPhones and iPads have similarly increased in screen resolution.

In all cases, our apps and art have kept up. Our first iPhone art app had images with resolutions around 1000 pixels on the bigger side. Our ground-breaking Art Authority for iPad app pushed that to 2000 pixels, which worked especially well when Apple introduced the Retina display in 2012. The Apple TV and Art Channel were next in 2015, but it wasn’t until the Apple TV 4K that the resolution of art on your television could really surpass that of a Retina display iPad. But it has now! 4K images, as displayed by Art Channel 2.0, are nearly 4000 pixels on the bigger side.

Art Channel 2.0 (also available for iPad) introduces some new, dynamic features too, which we’ll be taking advantage of in the near future. So, as they say (anachronistically) in the TV business, stay tuned!